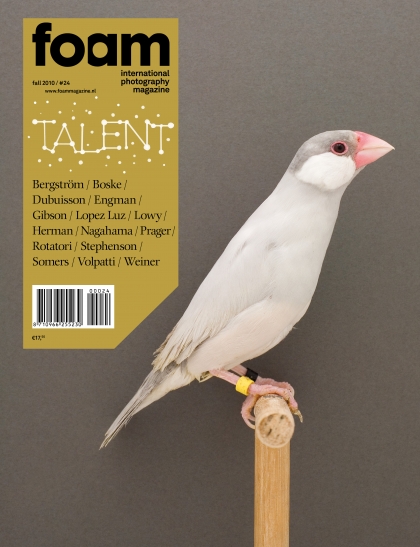 What first brought you to photography?

My first exposure to photography was through my grandmother’s family albums. Whenever I went to visit her in Marseille I would spend time leafing through those albums. It’s one of my earliest childhood memories. My parents took very few pictures. But one day I came across a camera that belonged to my grandfather. That’s how I started taking photographs. I was about thirteen years old when I started to get really passionate about photography. I studied economics at university, but while doing an internship in a big audit firm, I realized that if I didn’t do something I loved, I would probably regret it. So I entered the Louis Lumière school to study photography and it went from there. After working with the press for a while and through showing my work relating to landscape and urban space, I started to get more institutional assignments from urban planners or architects.

What attracted you towards landscape, urban spaces and architecture?

I’ve always had a contemplative nature. Many friends who of mine studied architecture and that was a path I considered myself for a while.
However, in photographic terms, I am less interested in the landscape as such. I wanted to look at spaces in terms of human presence: the way that we use and occupy space. My eye is drawn towards the foreground in a photograph. For me, in formal terms, the landscape is a backdrop. The landscape provides a décor or a stage on which I can observe what happens. How people navigate, use, transform or appropriate the space.

Avenue Jenny is your first personal project? How did you discover this area on the periphery of Paris?

Avenue Jenny is where it all began. It was my first constructed, thought-out series. I had been taking photos for a while already. I was fascinated by urban expansion and had been searching for a location for over a year. I often drove out to visit a friend in the suburbs of Paris and I became curious about this place on the margins that seemed to be going through a significant transformation. A director friend of mine was scouting for locations at La Défense and he got his car towed away. When he went to pick it up, he discovered the neighbourhood in Avenue Jenny and told me I should come to see this area. Avenue Jenny is on the border between Courbevoie and Nanterre. On one side there is a communist town, on the other a right-wing one. It’s a suburban neighbourhood with a wasteland in the middle and scrap yards, metal yards… activities that are relegated to the fringes of contemporary cities. The area had a diverse, bohemian social life, from the homeless to the bourgeois intellectual.

The images in the series give off a sense of detachment from their subject. However, the artist statement for the project is more lyrical, engaged even. How did you strike a balance between neutrality and personal engagement in your work?

I reject romanticism in photography. I don’t like to use photographic effects like black-and-white or blur, to produce an emotion. I am interested in using a realistic, almost naive image to try and produce meaning, or maybe even an emotion, to stimulate the imagination, but from an image of the world as I imagine it to be seen by everyone.

Most of the people in Avenue Jenny I came to know well by shooting the series, returning to this neighbourhood very regularly over a period of two months. I became almost like a member of the family in some cases. Of all of my work, this is the series with the most emotional engagement and in which I integrated the most personal and shared experiences into my images.

With regards to the statement, at the time it felt like the neighbourhood was under threat. All of those activities that contributed to the life of the neighbourhood, like the scrap yards or the metal workers, were in danger of being pushed out. All that is gone now. Now when I go back to this area, I have not been able to find the same spirit again. My text was in some way a reaction to that feeling of menace at that time.

Do you consider your photographic approach to be documentary? How much do you allow yourself to intervene in the spaces that you photograph?

I am not so interested in the photography as document. In my projects I want to integrate emotion and personal experience. I am more interested in showing my experience of the things that I photograph than maintaining a detached documentary approach. The idea of poetic documents appeals to me.

There is no manipulation in my images. I spend a lot of time scouting for locations and figuring out when something is likely to happen there. Once I have found a location that interests me, I will keep coming back until I get the specific image that I am looking for.

Nonetheless, there is still something about the documentary that is important to me in my work. I search for hyper-reality in my images. For example, when doing in the artistic commissions I have done for urban planners or developers, I like the idea of confronting them with a reality that they otherwise will not, or choose not to see.

In your series Le Ban des Utopies you used this quote by Siegfried Kracauer, “The worth of cities is determined by the number of places in them devoted to improvisation”, which strikes me as an interesting framework for looking at your work.

We live in spaces that are overly planned, controlled and regulated, which leave very little room for individual expression. I search for experiences of appropriation that bypass these overly rigid structures. I am also looking for a spirit of freedom in the places that I photograph. Places where there is space for individual initiatives to escape the collective norms which do not place any trust in individuals. People are not given the means or incentives to construct the spaces and environments where they live. They don’t even think about this anymore, they just take whatever they are given. This thinking has lead to aberrations in the urban space: stopping homeless people from sleeping by removing benches for example. Kracauer’s words express a desire to escape from this. It is also a call to pay attention to the margins, as this is often where the most interesting activities occur. Instead of learning from the periphery, our societies perceive it as something dangerous, as something that needs to be controlled.

We have talked about urban spaces and utopia. I am curious as to what a utopian urban space might look like for you?

I am interested in an urban space that is constructed from the individual to the collective rather than the reverse. I think the ideal space for me, would be one where everyone has the opportunity to reflect on their way of living. That we don’t just always buy or accept readymade elements, but that we are given the opportunity to build our own environments.

For me the real issue is not to create individualized or unusual spaces, but rather to create links between people. To go against the anonymity of the contemporary urban environment. So my concern is less about the form itself than what it can generate in terms of social relationships and integration.