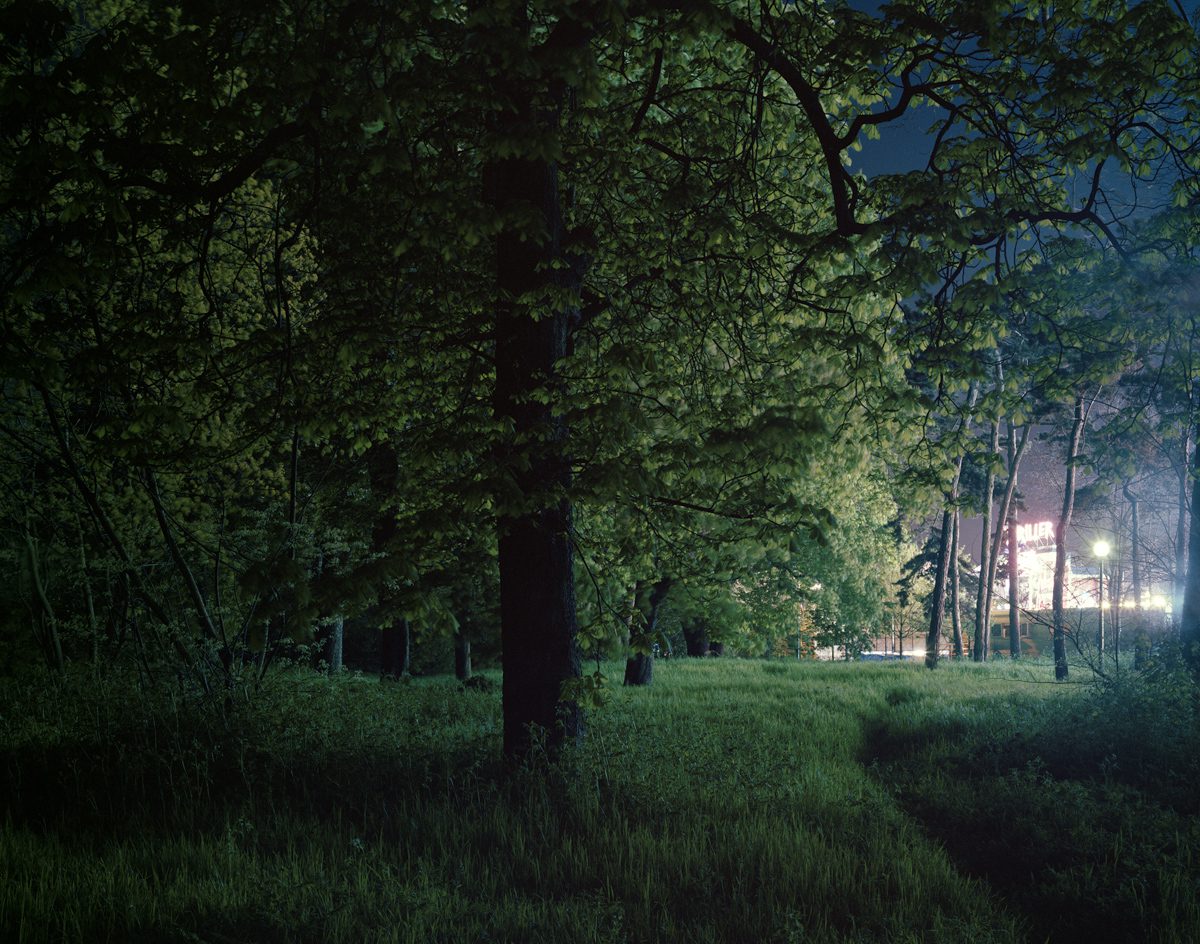 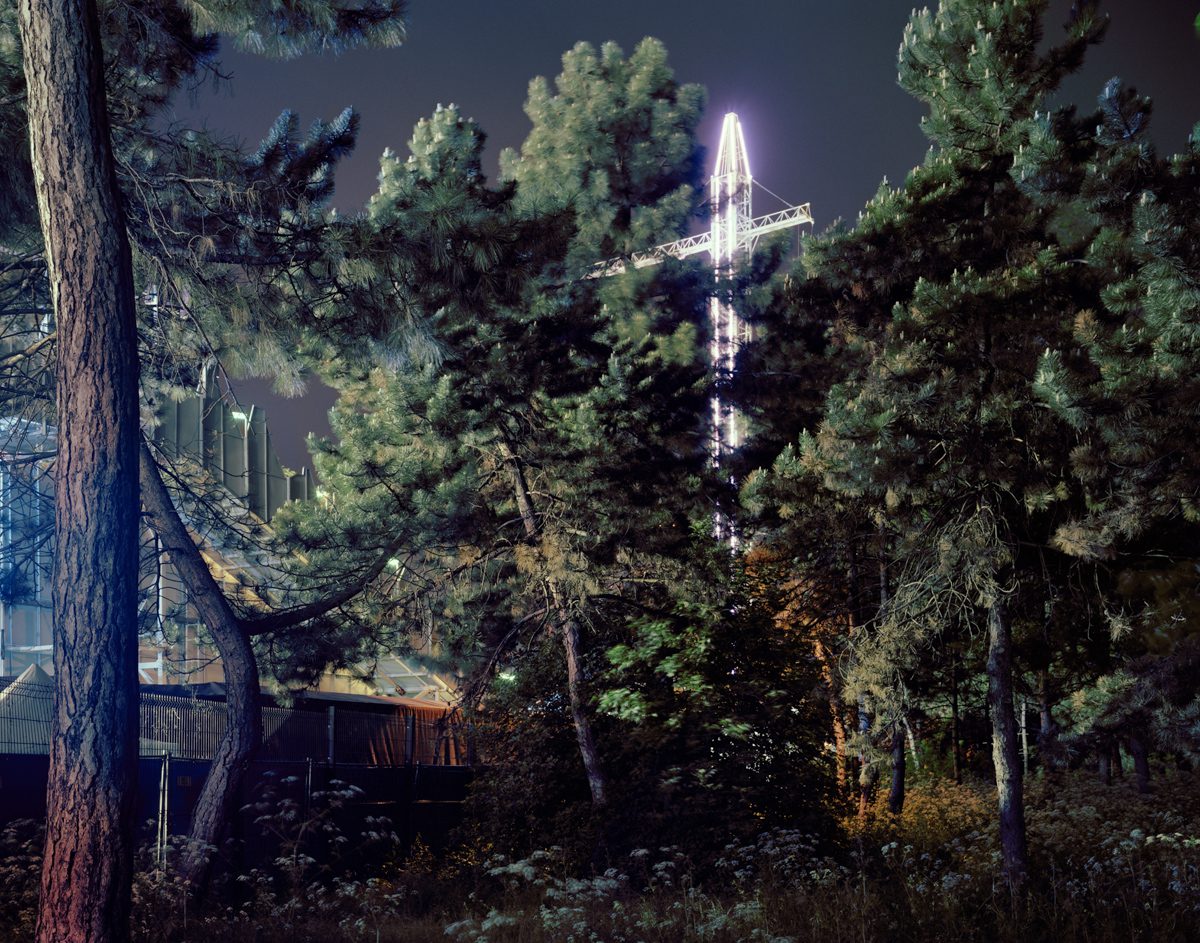 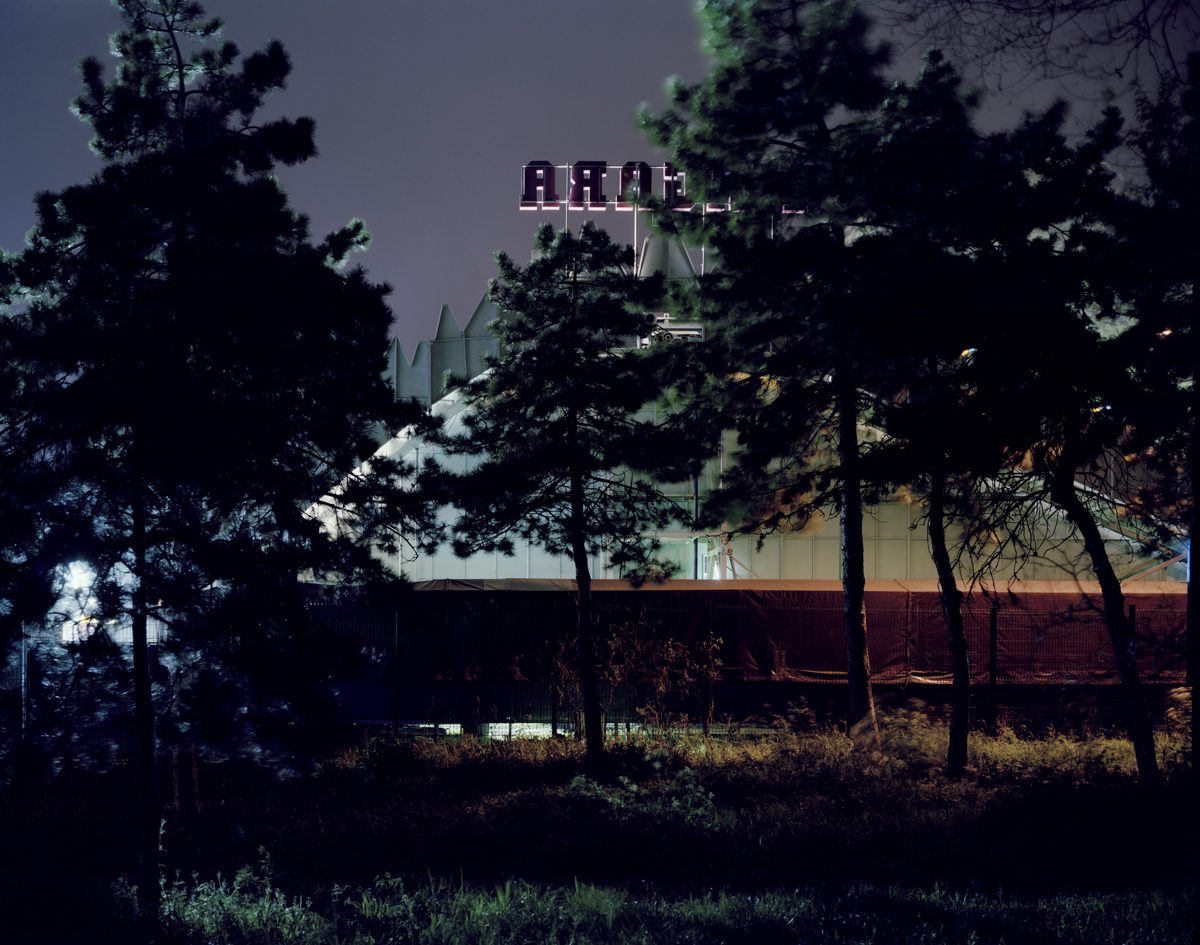 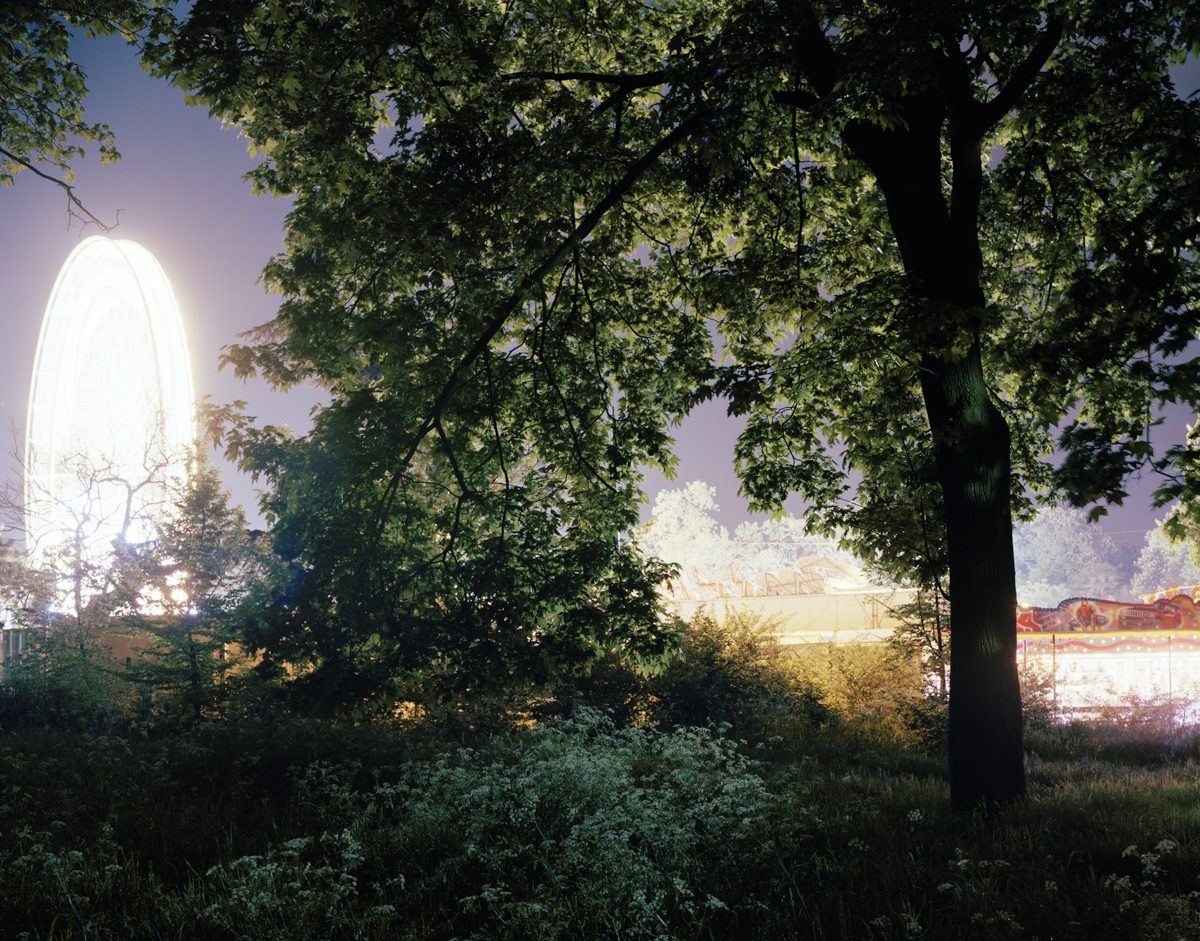 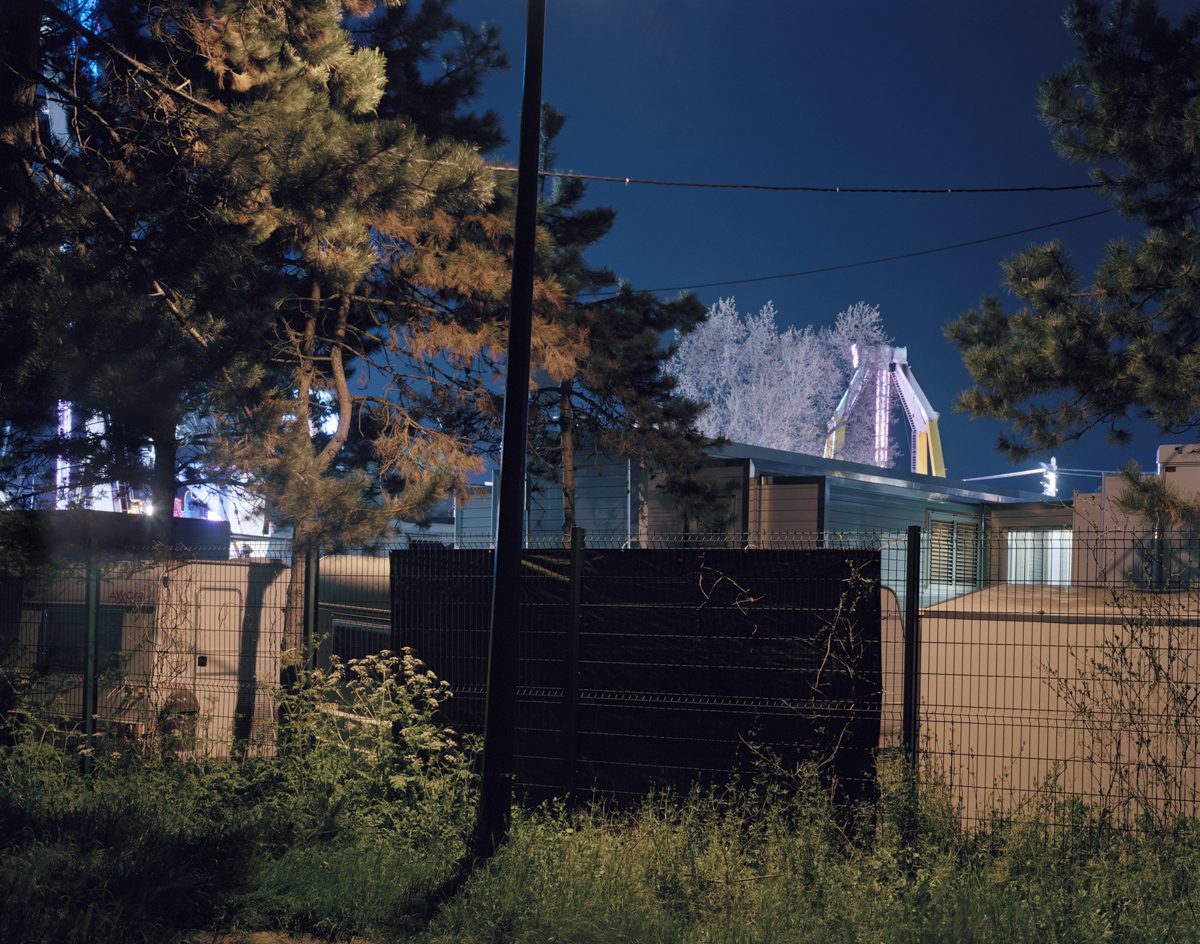 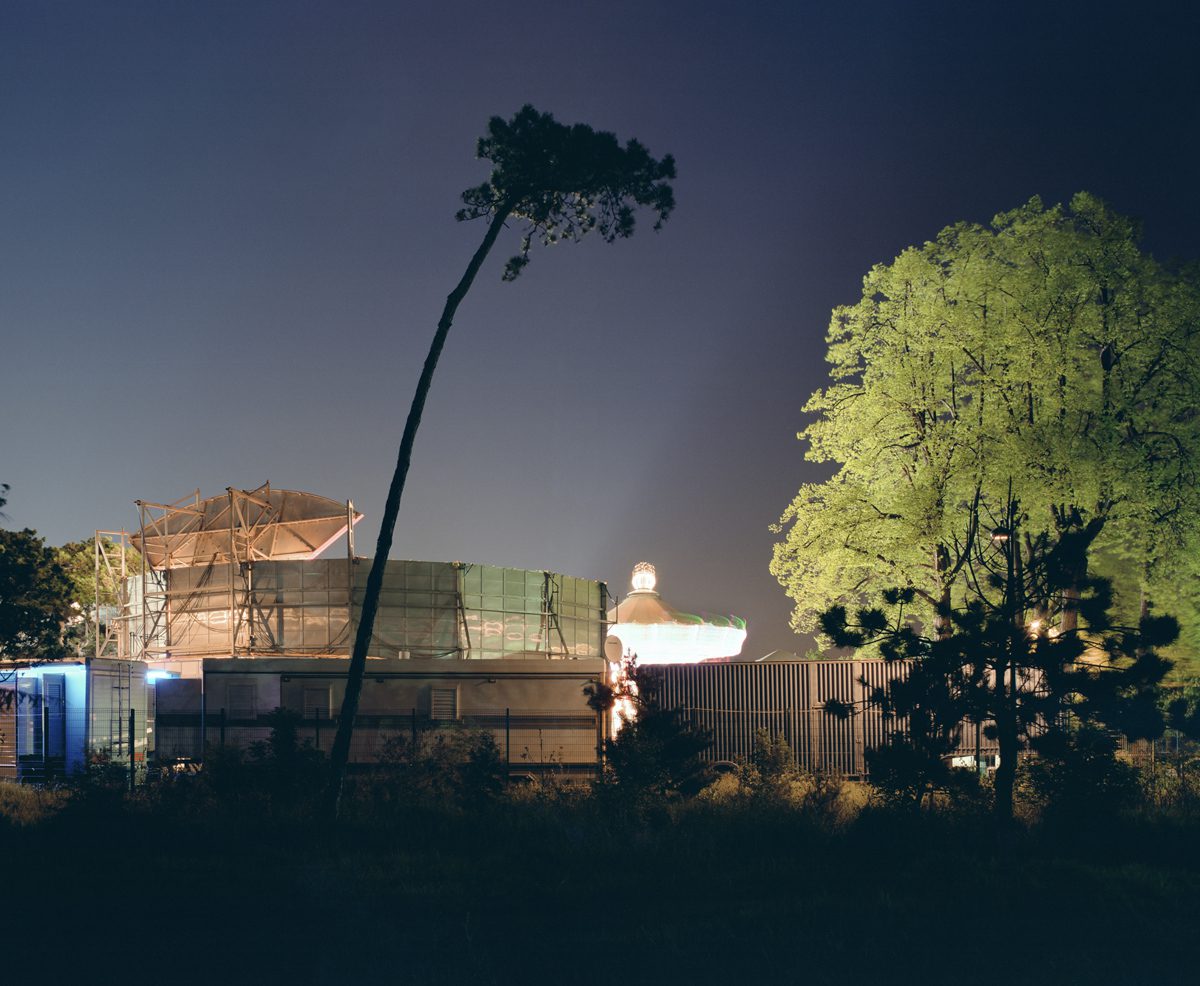 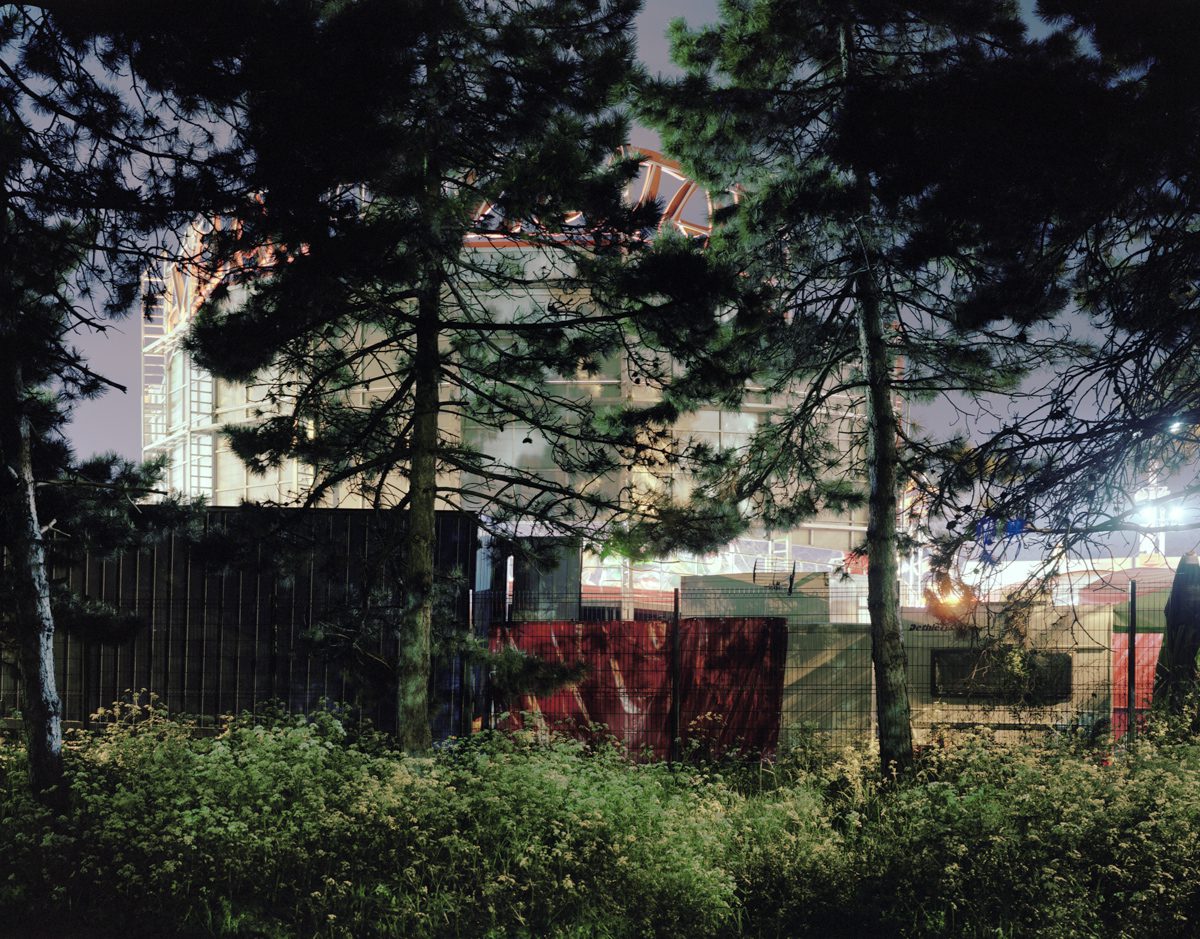 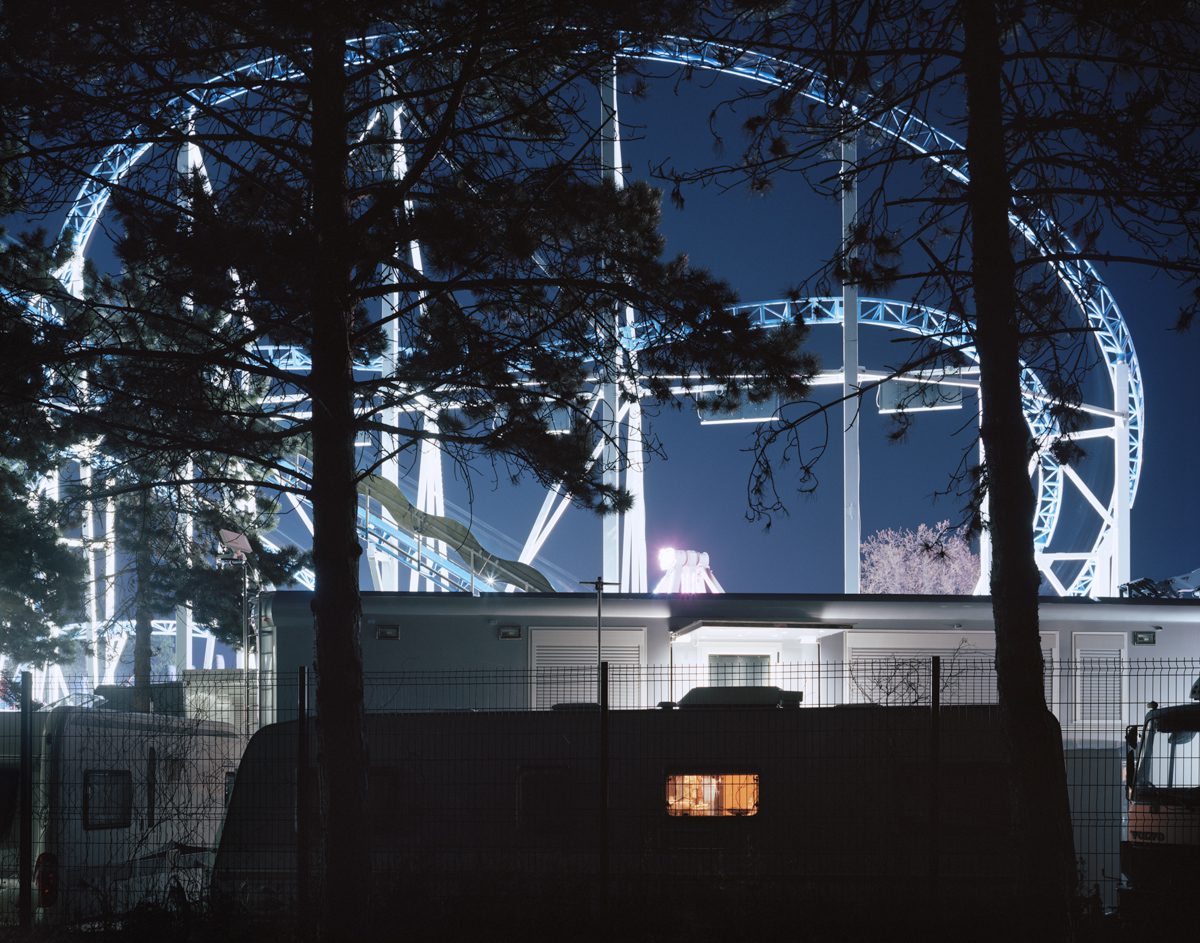 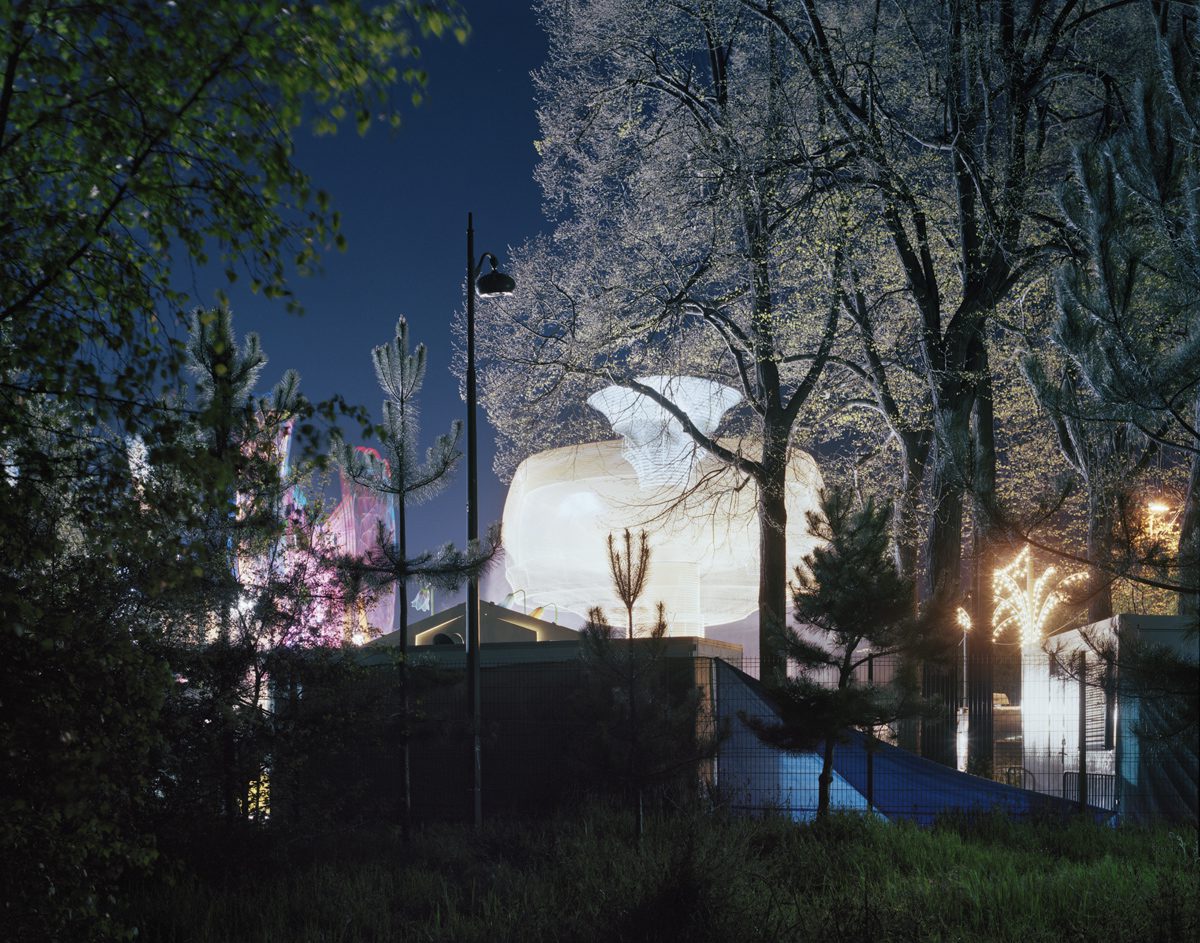 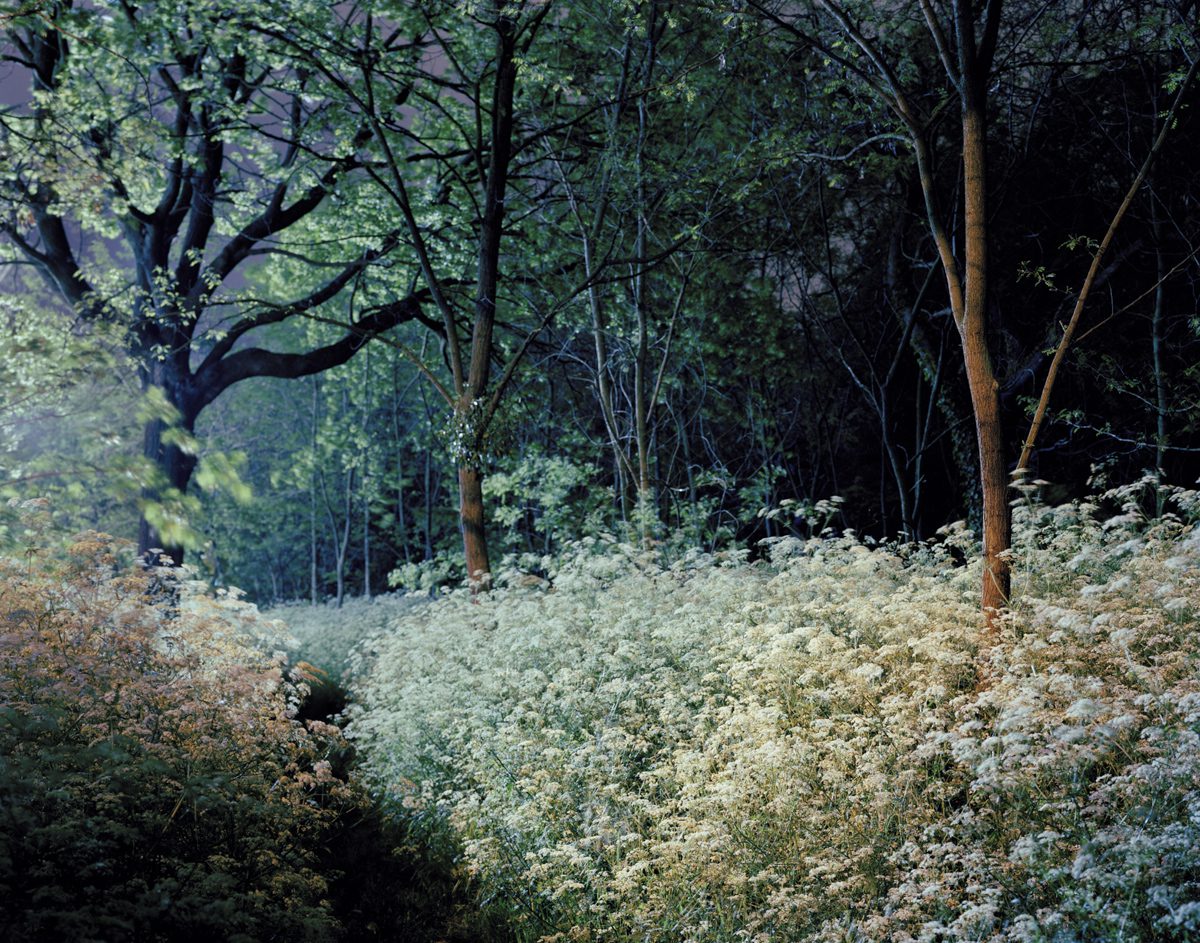 Somewhere at the periphery – between the city and the hinterland – there is a fair illuminated with neon and ephemeral architectures. Attracted by the light above the wood, I’m rushing into the forest to capture fluorescent phenomenon and unexpected urban behaviours.
Impregnated of darkness, my eyes do not perceive the hidden beauty revealed only by the long exposure of the view camera. I have to play with my imagination to feel what will appear on the film after a random play with the camera. The record of the light and the mechanic moves originating from the fair reveals some unexpected dreamlands. Composed with instantaneous architecture, it exists only throughout the passage in the view camera and the long time exposure. The light is becoming an artefact and the foliage impregnates the luminous projections as a photographic film.
Exploring behind the scene as the visitor of a theatre backstage or a movie set, I evoke the contemporaneous mythology of the spectacle-city and the way artificial environments contaminate nature.

The search of vernacular architectures and spontaneous fictions in the interstices of the city’s apparent immobility is a recurrent thematic in my works. For more than ten years, I have explored the percolation between city periphery and the hinterland aiming to find unexpected behaviours in relationship with the limit condition. Fair’s Day gives a new dimension to the research by revealing artefact that would not be visible without the long exposure of the camera. This time, the photographic series pushes the limit between the decorum and the landscape and projects the viewer in an atmosphere where the limit between fiction and reality is blurred.