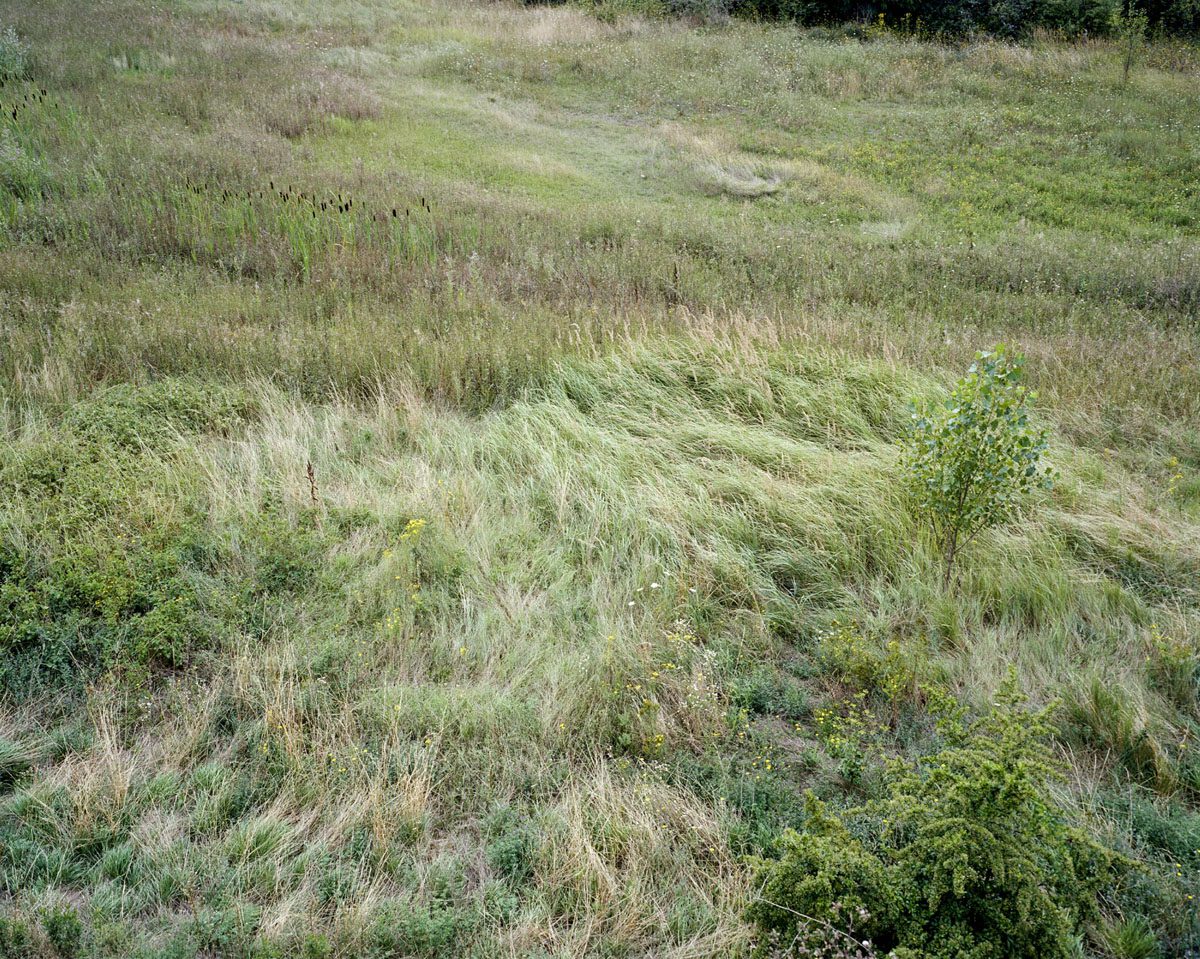 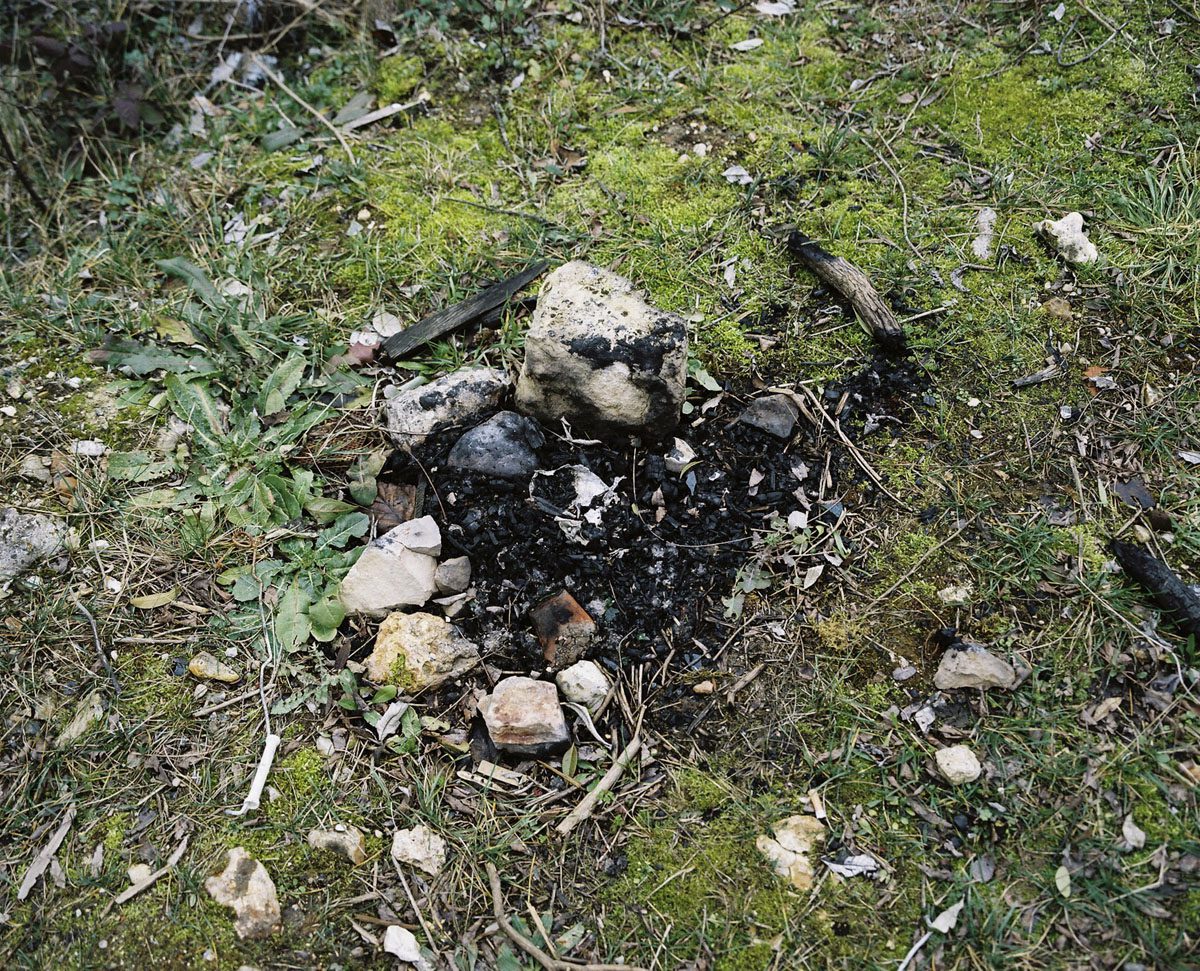 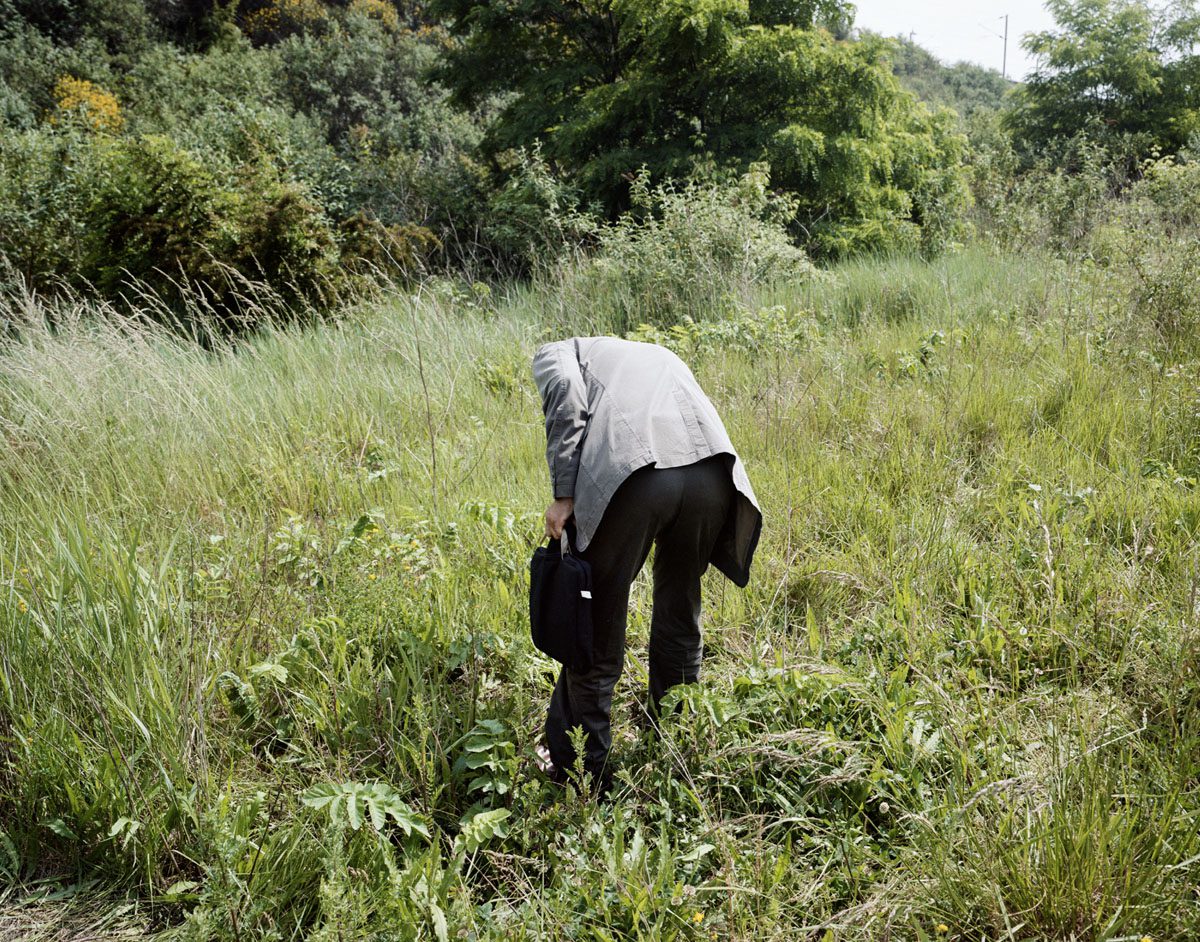 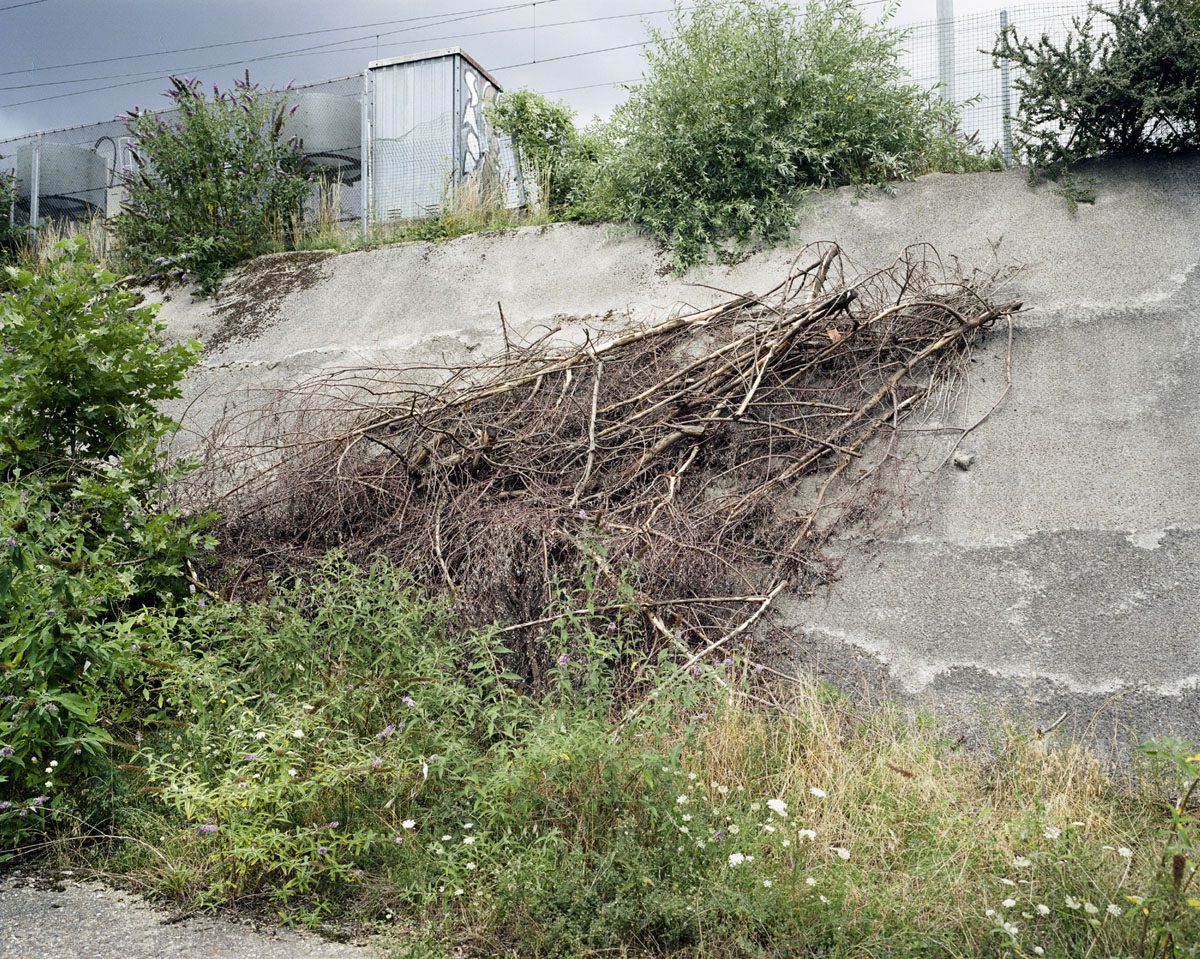 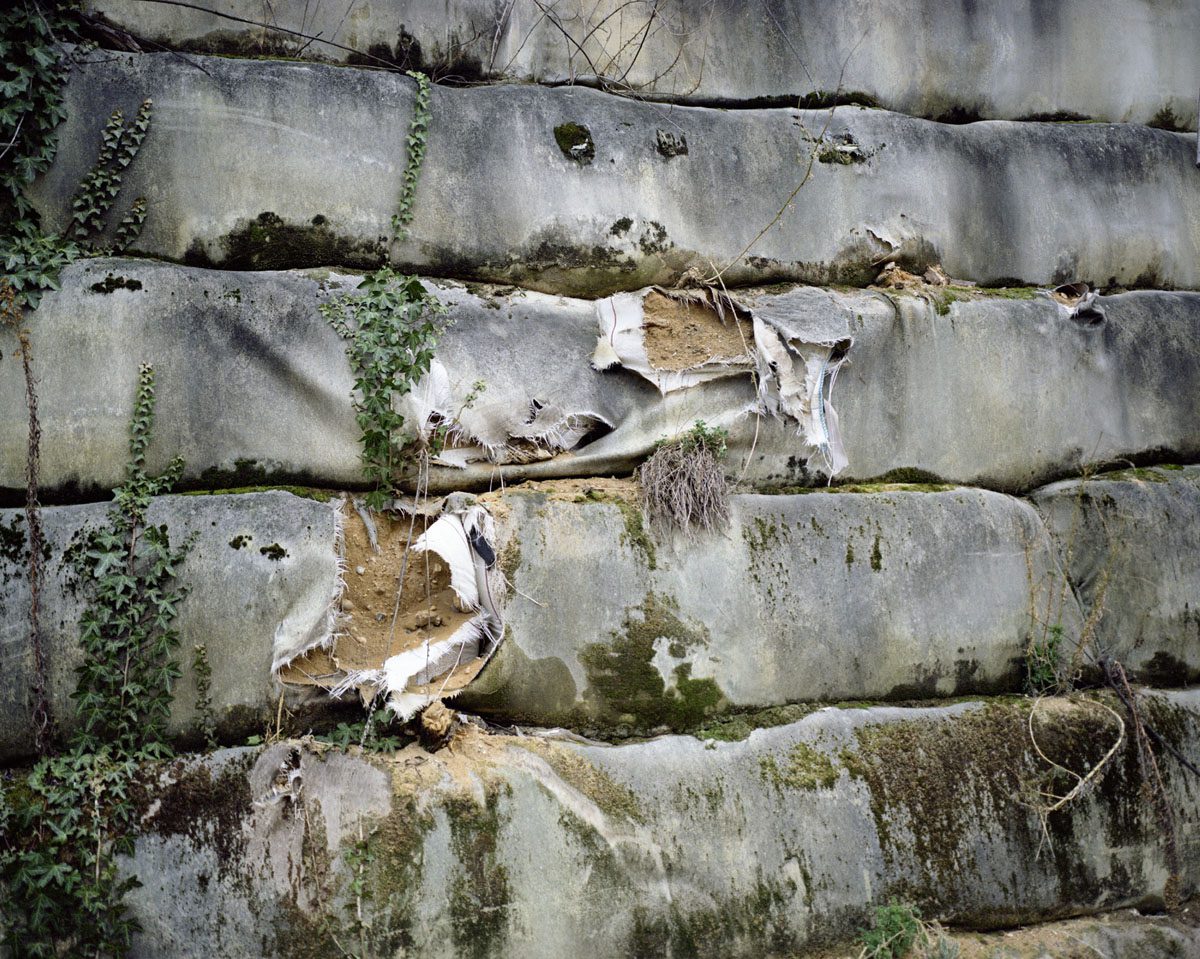 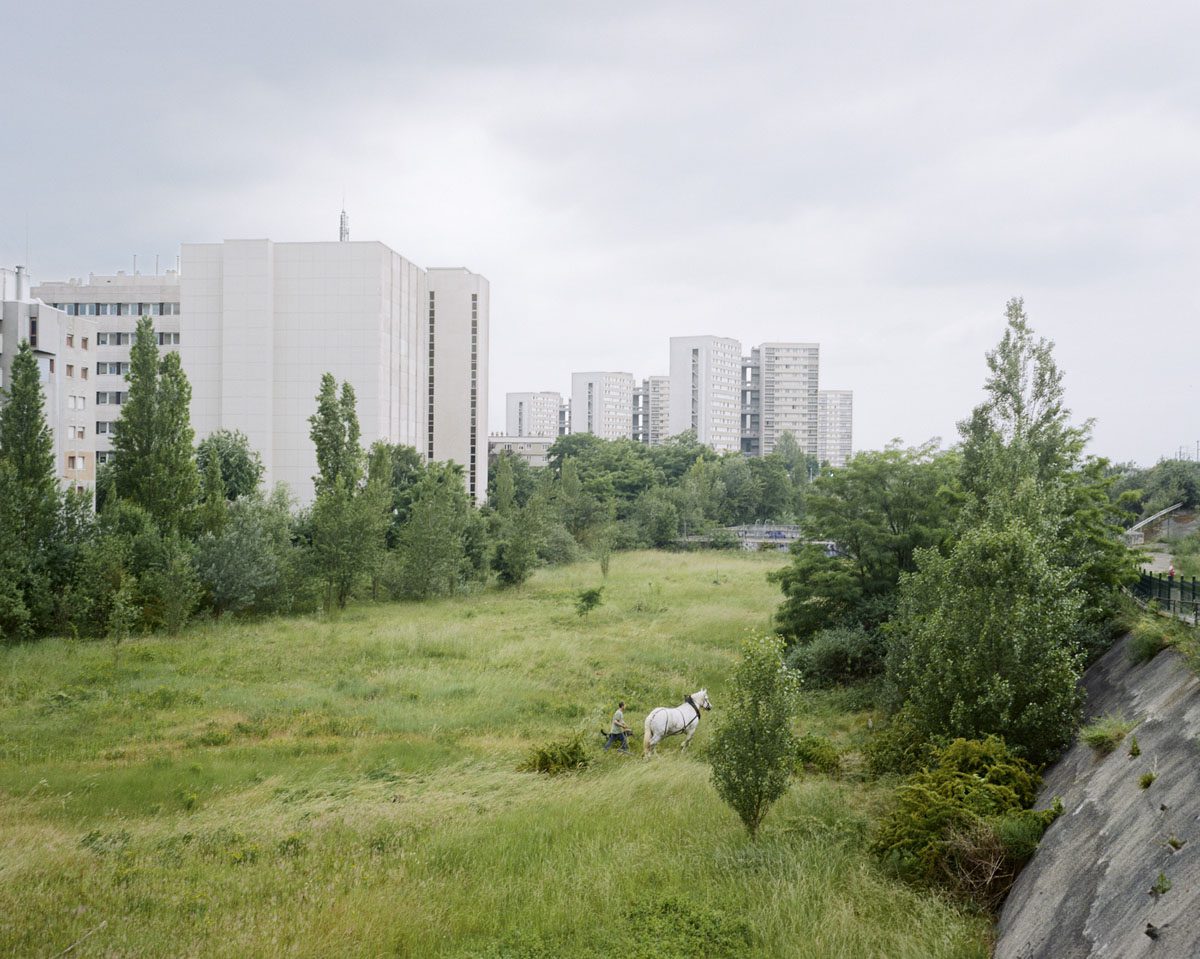 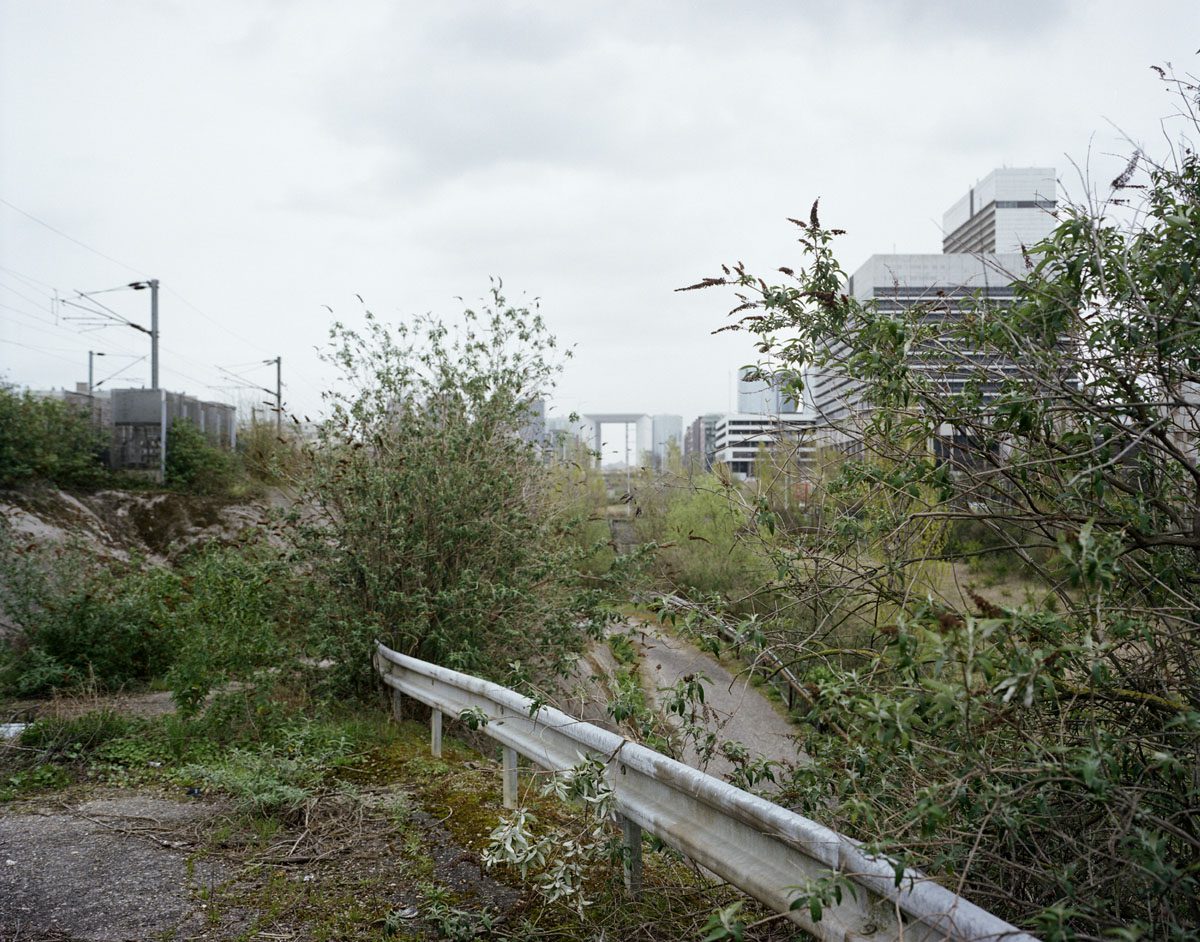 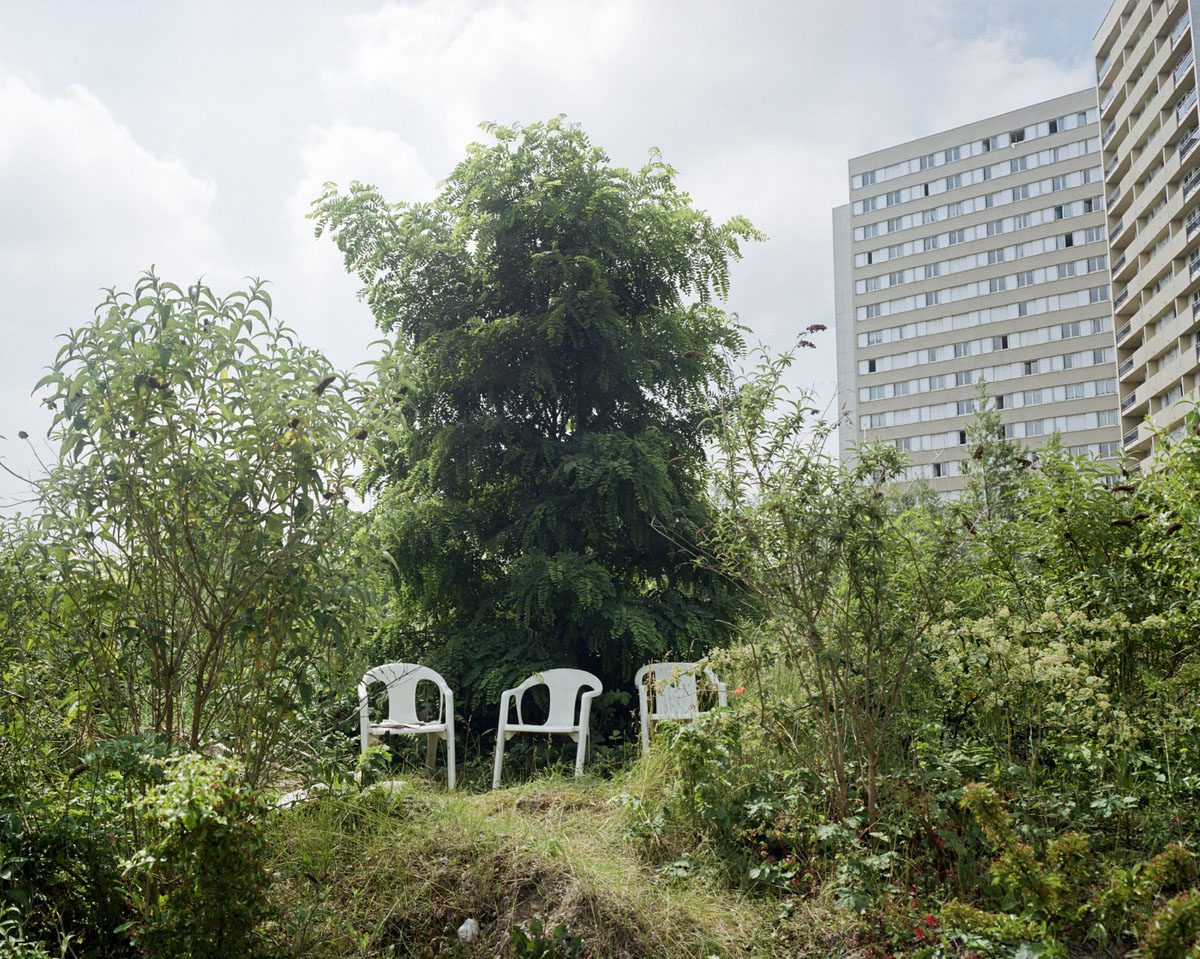 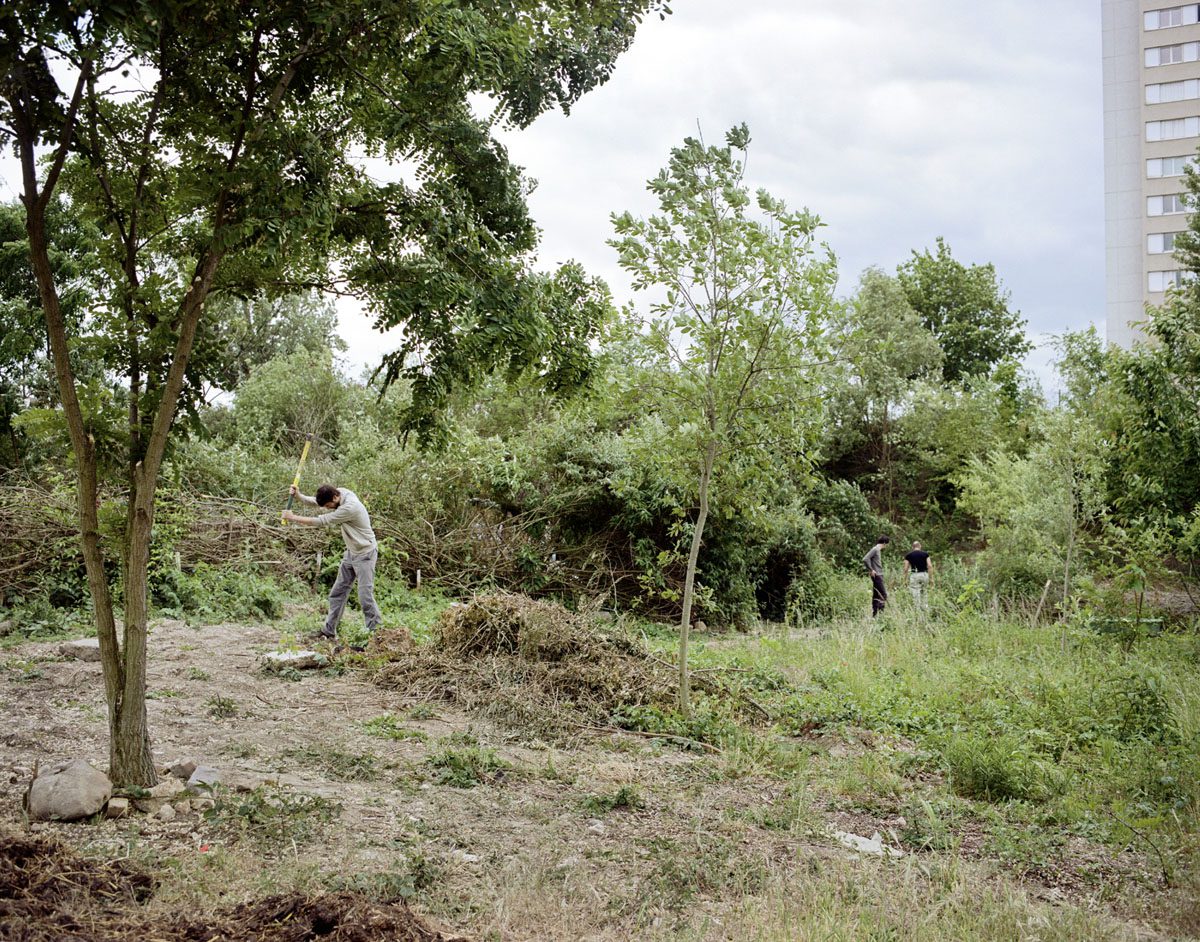 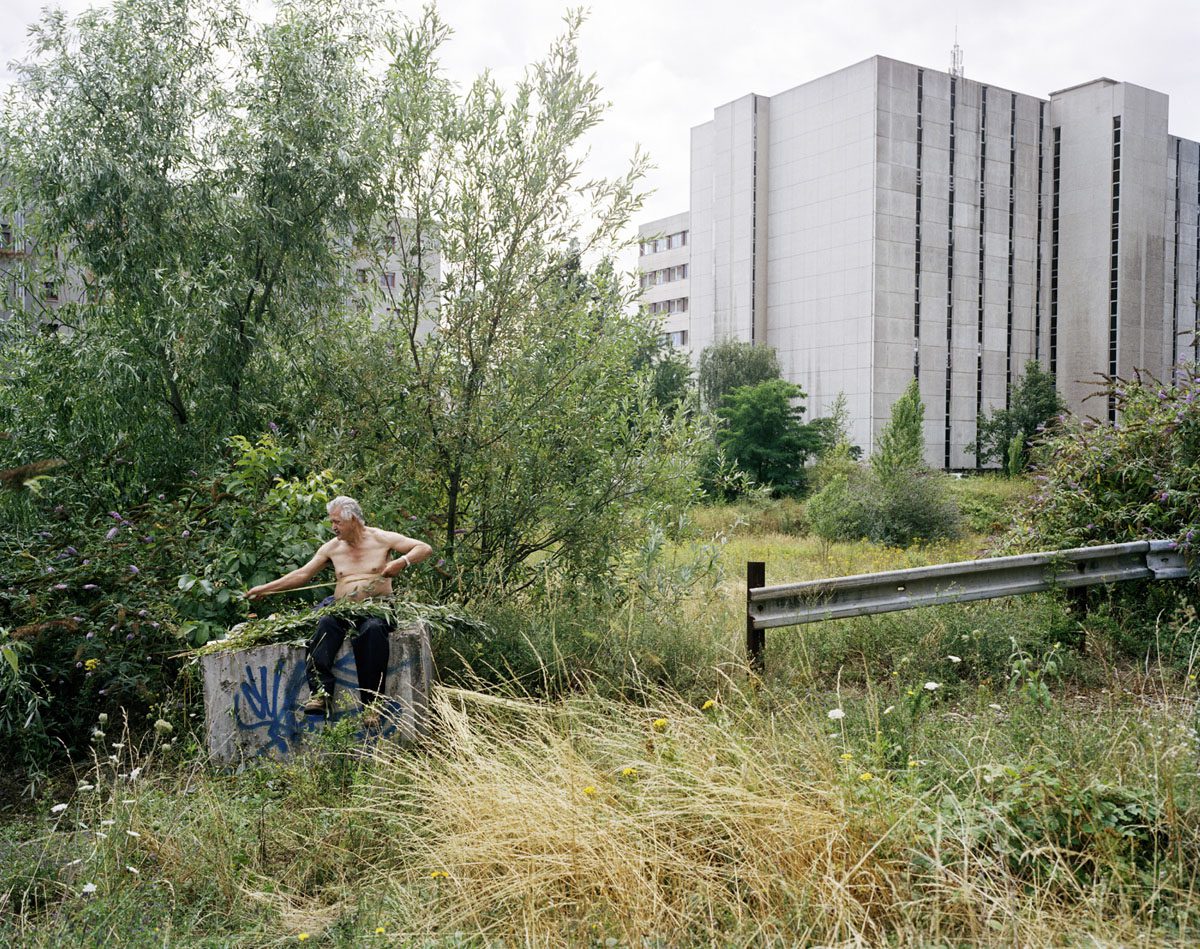 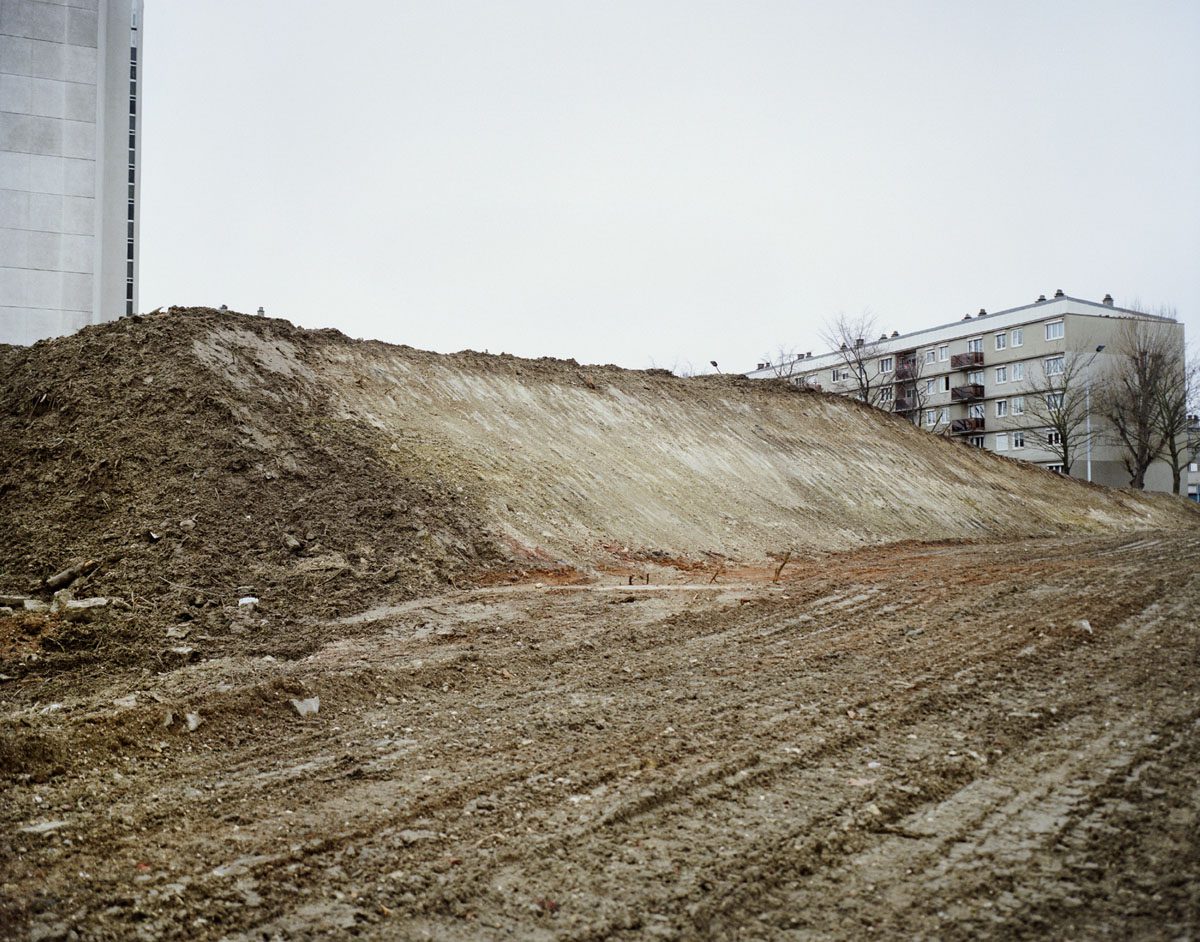 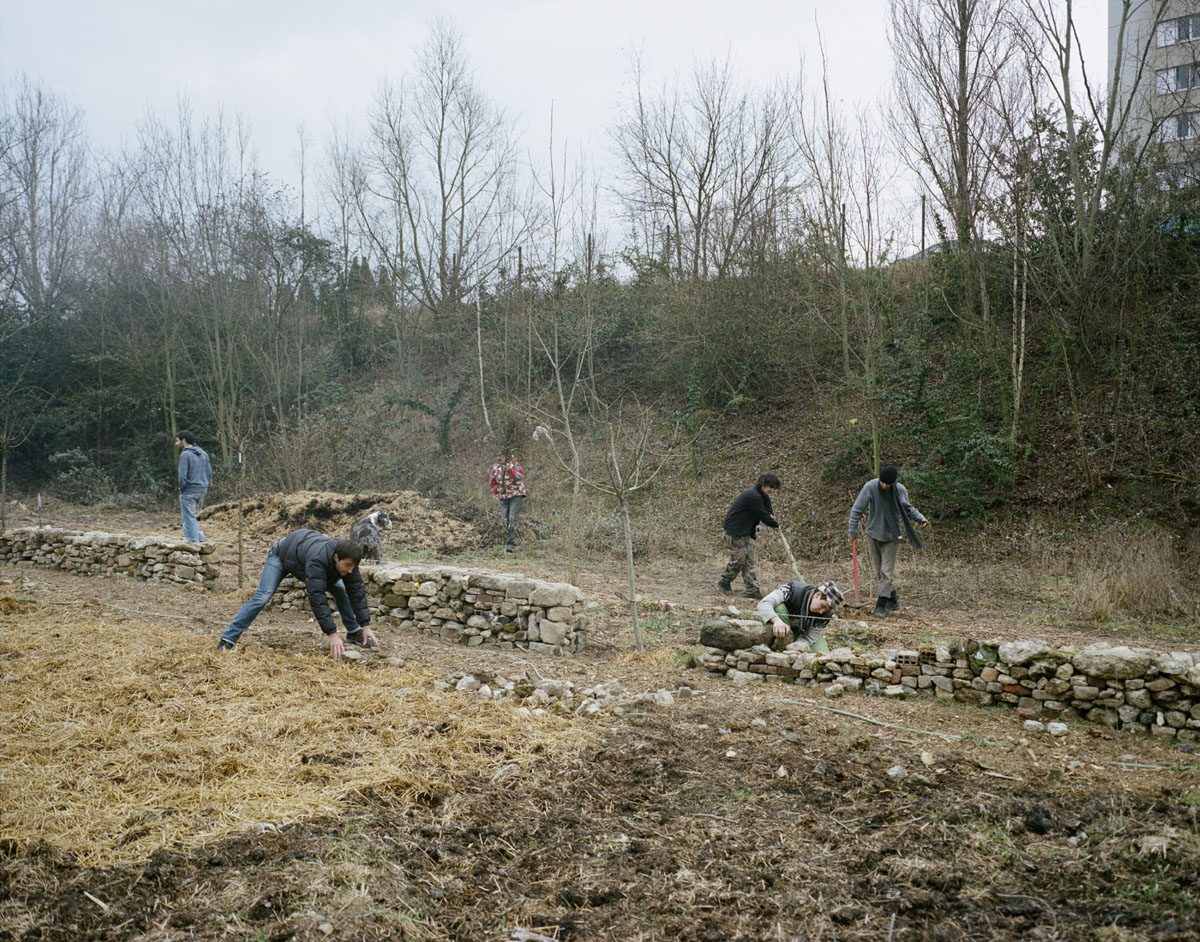 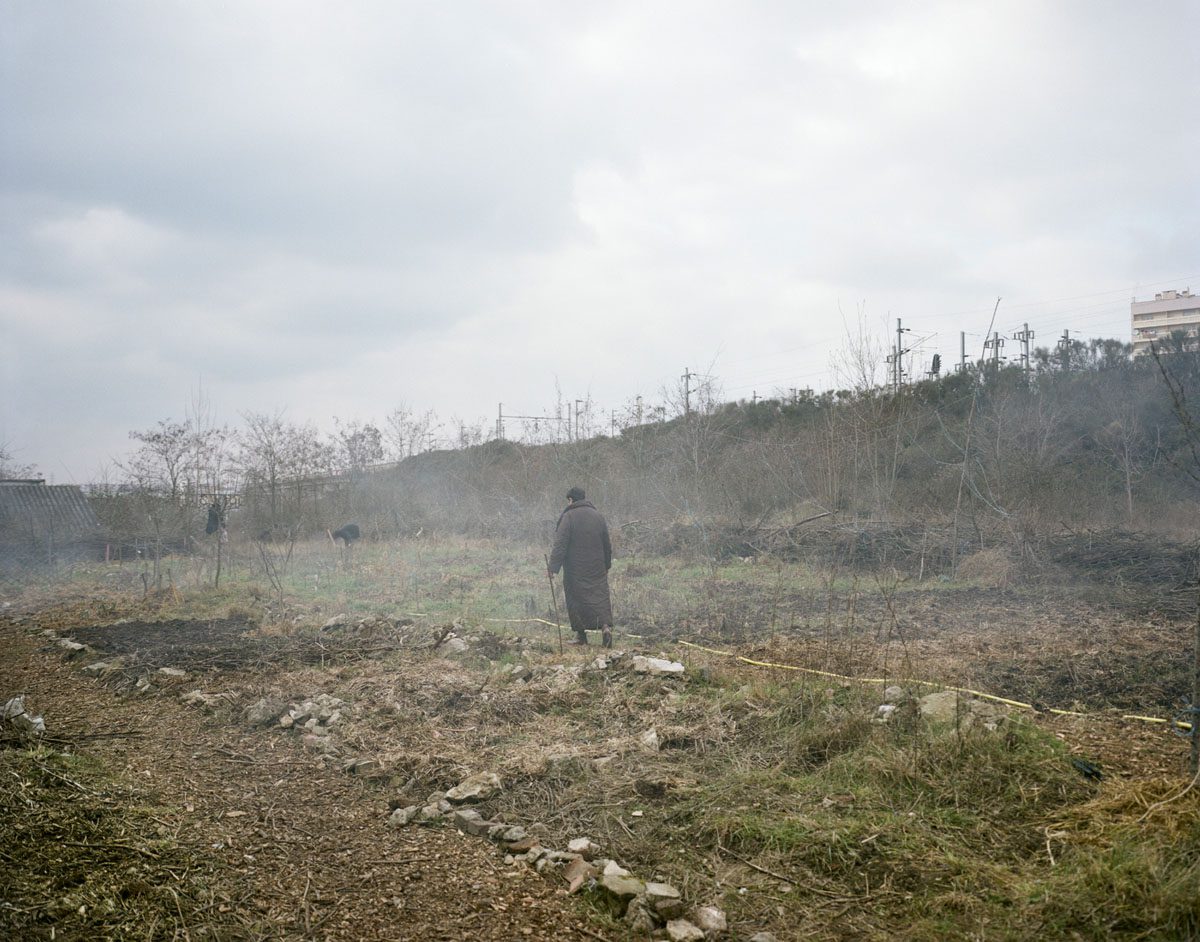 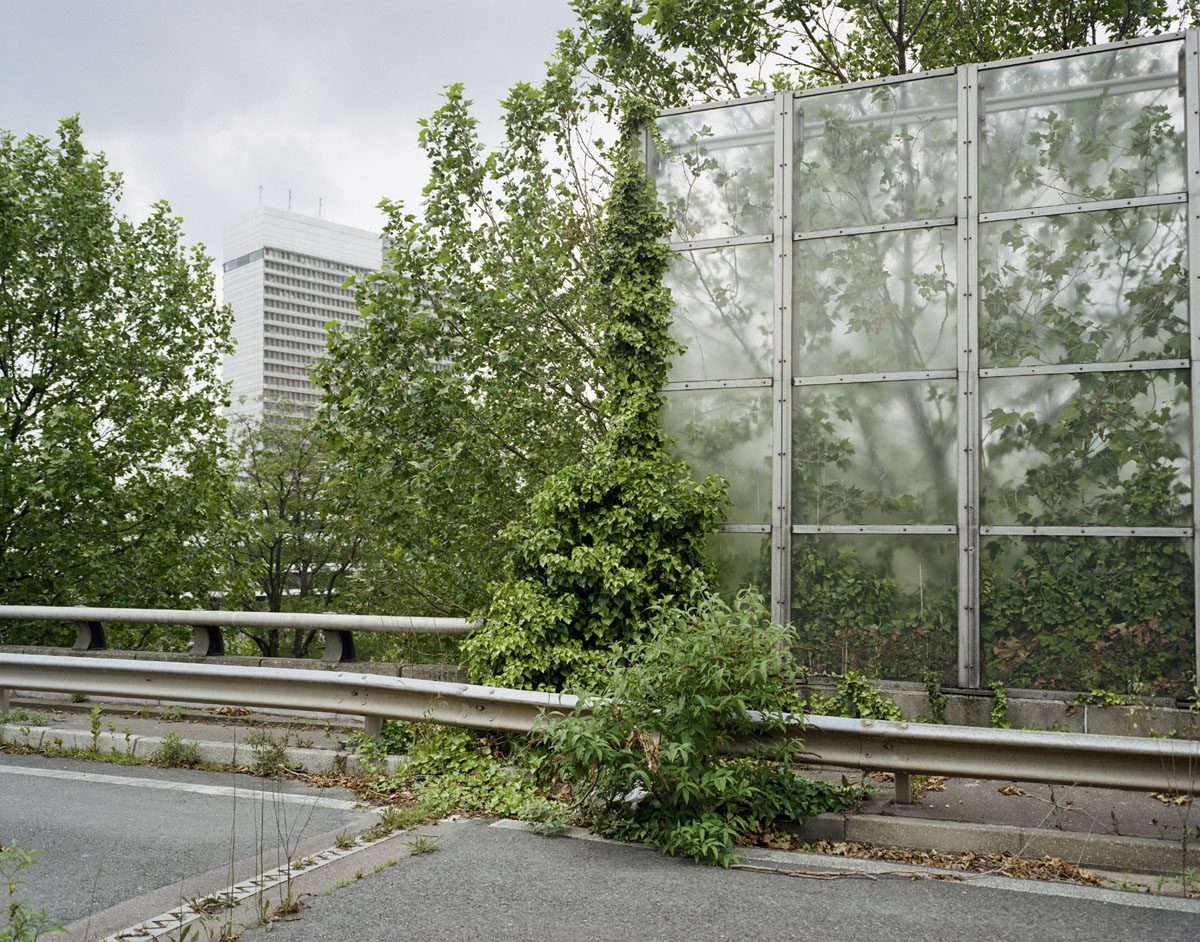 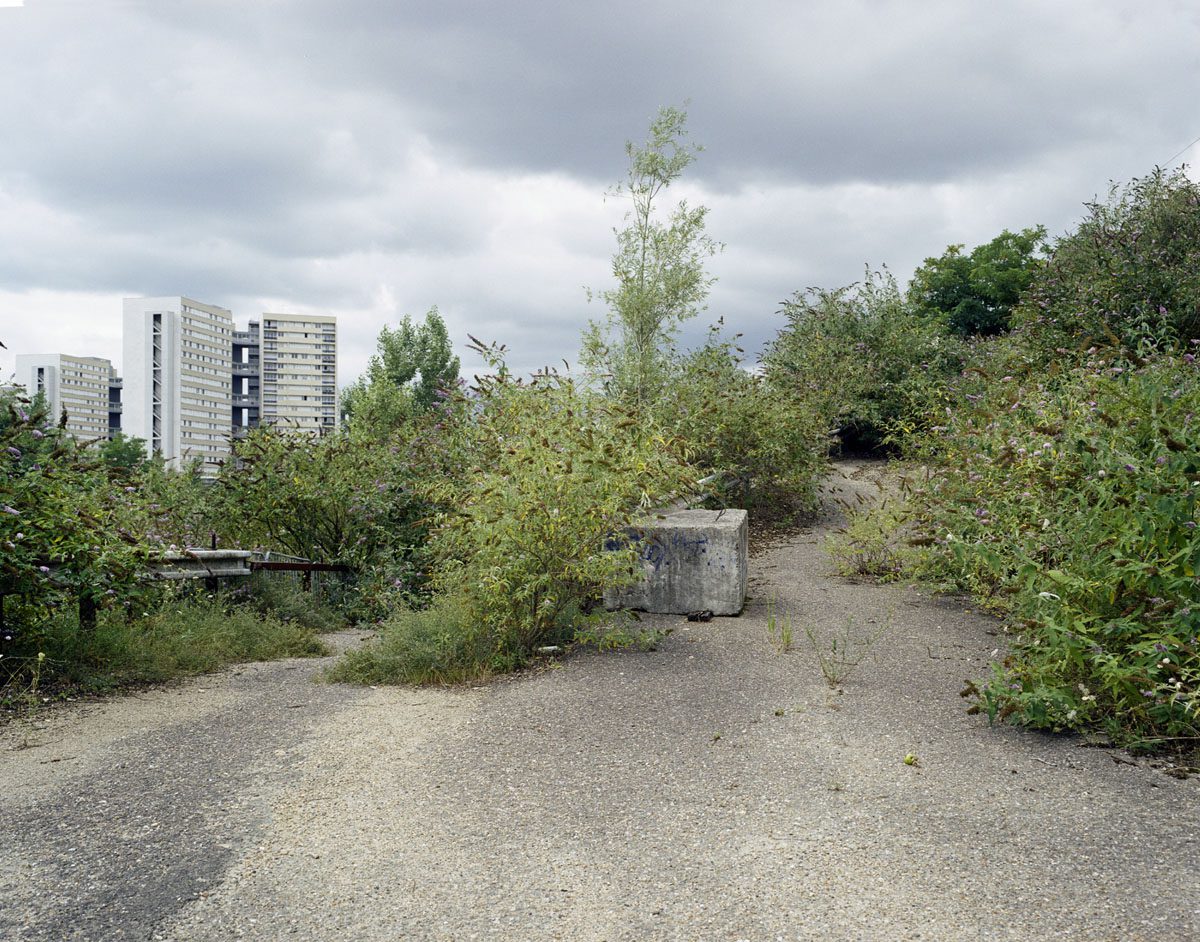 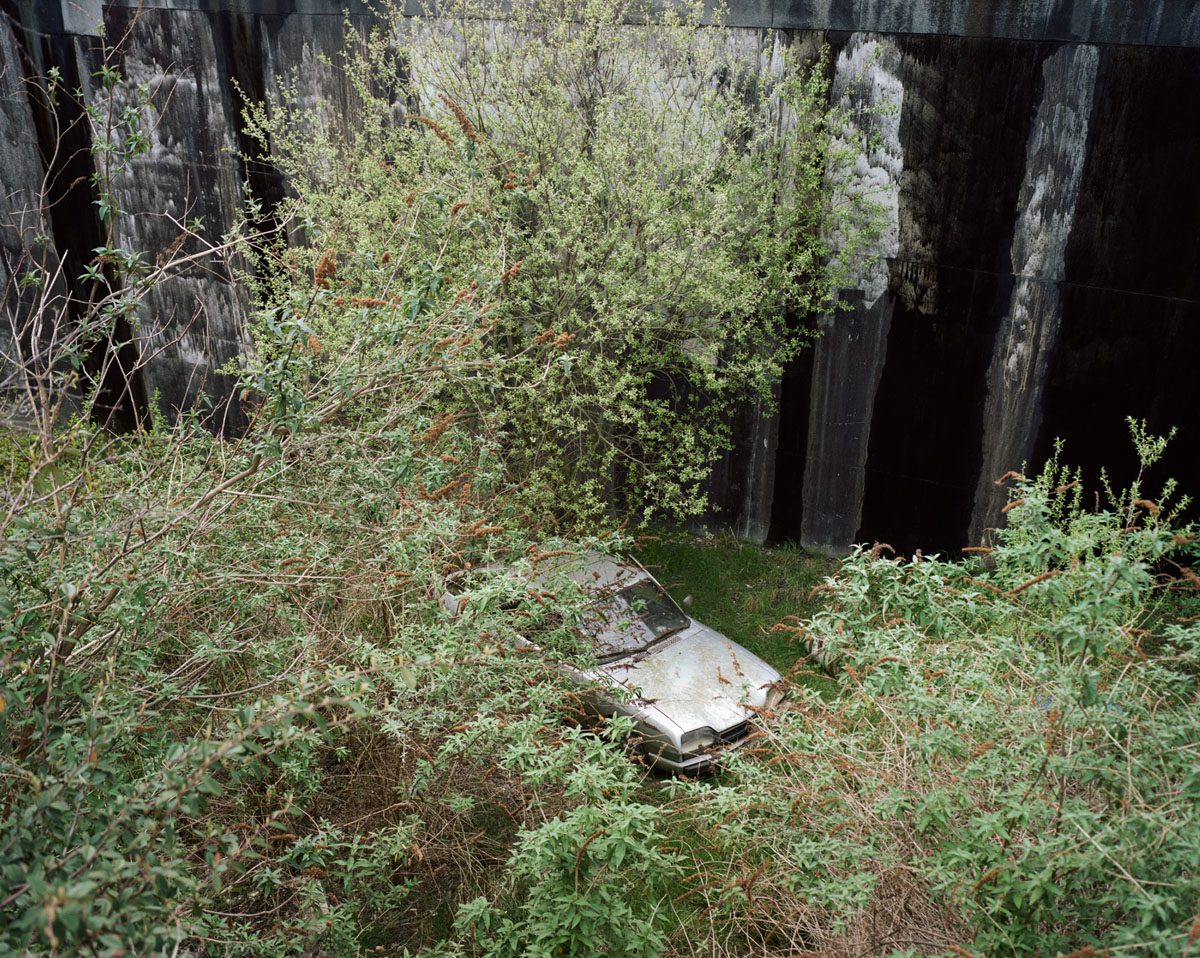 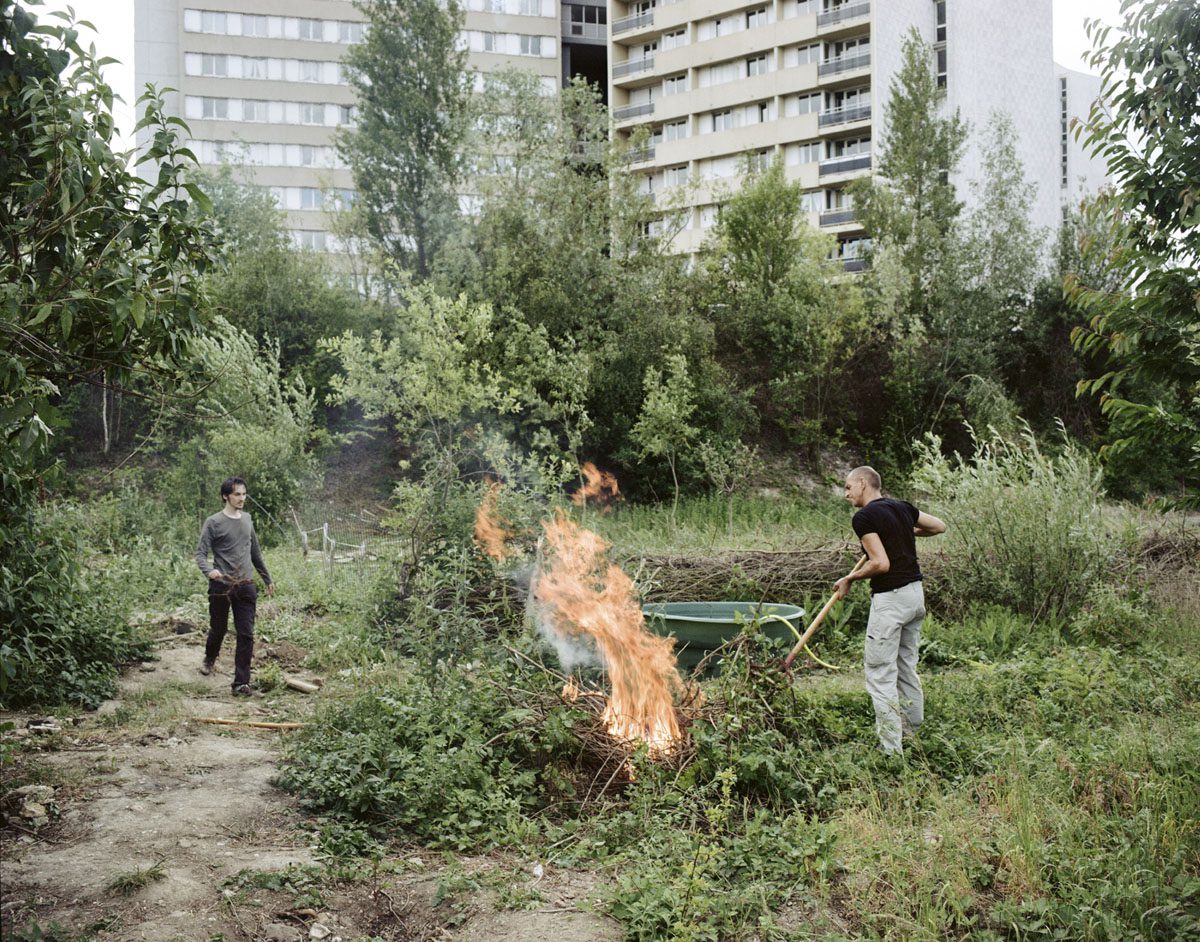 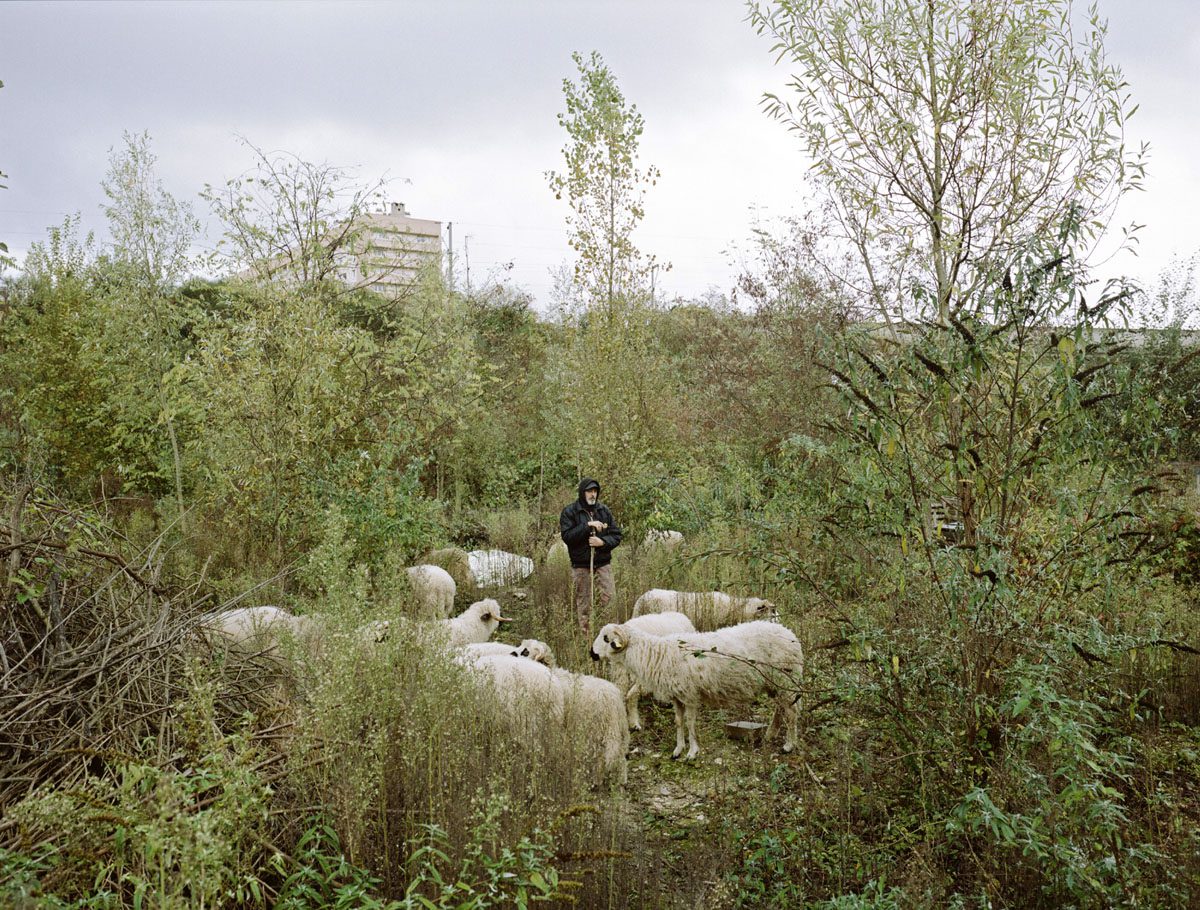 This bed of greenery inspires not abandon but an awaiting. Overhanging a vast motorway junction, circled by towers, it is a vegetal stop against which the historical axe of the Parisian West comes to break. On this section of motorway returned to a state of wilderness, the stones tell no more stories. They allow the unexpected to come into being. Sensitive to the interactions of the natural and the man-made, Cyrille Weiner interprets the space in its force of both destruction and renewal: spurts of sap crack through the cement, fluid sands destroy the supporting walls, plants grip onto the motorway parapets. Everything communicates, overflows, spreading out over the infrastructures that shape the landscape to the measure of man. The wasteland, with its tangles of plants, converts the territory into a free-zone, open to a multitude of uses. As if escaped from towns in which introversion, private property and isolation triumph, a few men here seem to reconquer their own time, energy and imagination. Cyrille Weiner observes this concrete reappropriation of the wasteland, the bodies and hands that dig, plant, weed and hence create the field. But this primary reality is filtered, transcribed into a fiction of the end-of-the-world and a paradise lost. In this wasteland of designs suspended, usual bearings of time become blurred ; these men come to resemble both the first and the last. Marguerite Pilven